Attended by a number of high profile figures, and with speeches from Graeme Pearson MSP, Mandy Haeburn-Little, SBRC Director and Deputy Chief Constable of Police Scotland, Rose Fitzpatrick, the evening had a vibrant and bright atmosphere. Following SecuriGroup Director, and sitting Peer, Baroness Ruth Henig CBE’s well-received speech on SecuriGroup’s relationship with the SBRC and the future of Security Industry Authority regulation, time was afforded to network and further debate the evening’s discussions.

SecuriGroup was delighted to have been involved in another successful SBRC event and looks forward to further collaboration in the near future. 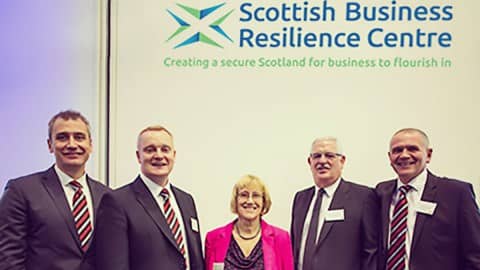 Sponsors of the SBRC Parliamentary Reception

SecuriGroup is proud to sponsor The Scottish Business Resilience Centre's 2015 Parliamentary reception for the fourth consecutive year. We were represented this year by a keyn...