Success for the 3 Queens Event in Liverpool

SecuriGroup is proud to have supported the 3 Queens celebration of Liverpool’s maritime history. The visit of Queen Mary 2, Queen Elizabeth and Queen Victoria ships has been heralded as the biggest waterfront event in the history of the city, and an “unprecedented” success by Culture Liverpool. SecuriGroup supported the safety and management of 1.3 million visitors to the Merseyside event, which according to Liverpool City Council generated almost £29.1 million for the city.

Joe Anderson OBE, the Mayor of Liverpool, praised that the ‘hard work and close collaboration’ of the event support, the ‘back-bone of the major events in Liverpool’. Mayor Anderson is looking forward to further ‘collective support, energy, commitment and teamwork’ from SecuriGroup as we provide security services to the upcoming Liverpool International Music Festival (LIMF).

See a short video of the event here. 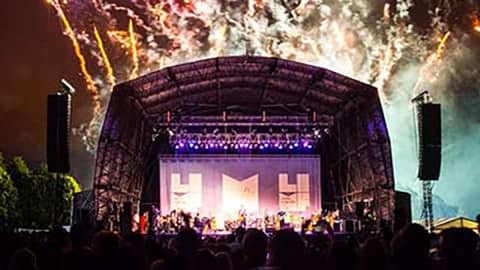 Summer of Success in Liverpool