Sponsors of the SBRC Parliamentary Reception

SecuriGroup is proud to sponsor The Scottish Business Resilience Centre's 2015 Parliamentary reception for the fourth consecutive year. We were represented this year by a keynote speech from SecuriGroup Director and former SIA Chairperson, Baroness Ruth Henig CBE DL.

Newly appointed Deputy Speaker in the House of Lords, the Baroness spoke on business licensing and underlined the need for government support to protect public spaces.

“I am proud to be associated with SecuriGroup which has so long been a UK leader, and makes such an important contribution towards making the country a safe place to live and work.”” 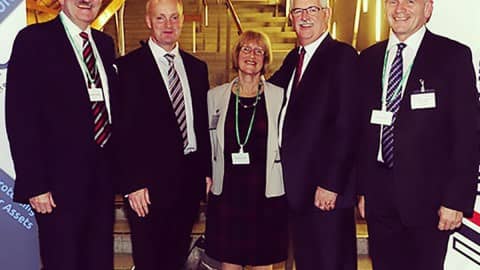 SecuriGroup is proud to have sponsored the recent Holyrood parliamentary reception for the Scottish Business Resilience Centre. SecuriGroup and the SBRC, previously known as t...